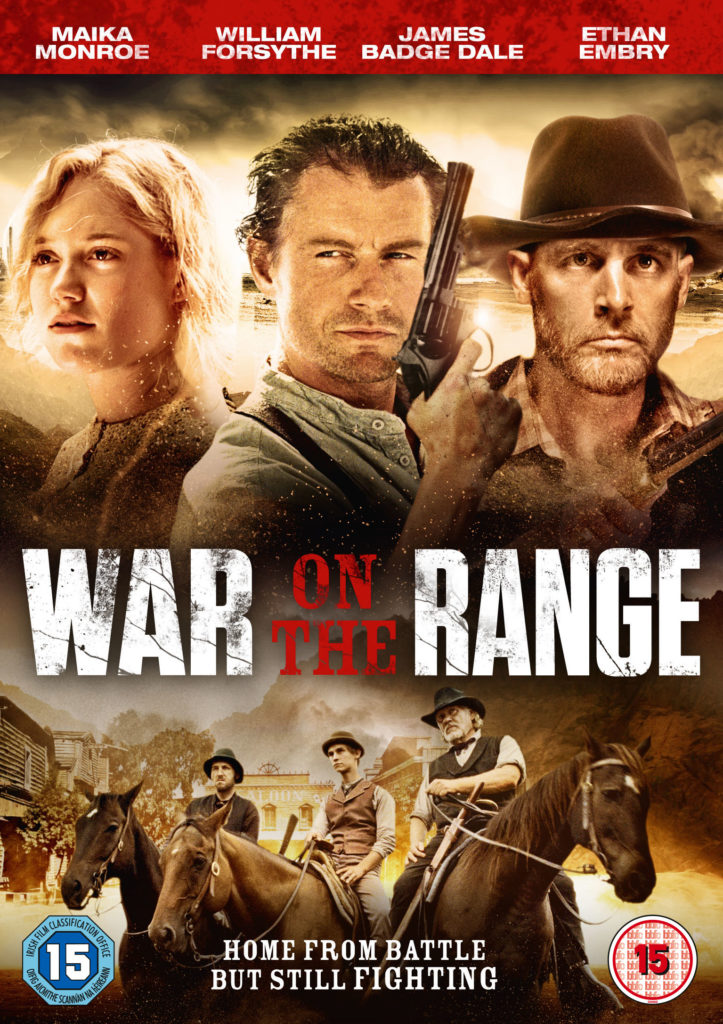 War on the Range

Gritty Western tale of how far one man will go to stand up for what is right.

With the bloodiest battle in American history finally ending, an embattled soldier haunted by the demons of combat, finds himself embroiled in a conflict between two Southern clans.

Escaping the horrors witnessed during the Civil War, Wade (James Badge Dale, Iron Man 3, The Walk, The Lone Ranger) returns home to his only surviving relatives in rural Texas. Trapping animals for their pelts to make a meagre living, his family live in fear of the brutish neighbouring cattle-ranching McCluskey’s.

Upon making this discovery, Wade takes it upon himself to protect his family and put an end to the McCluskey’s reign of terror.  However, before long, the rivalry escalates into a war much closer to home; a struggle, this time, of his own making.

From the award-winning filmmaker Kane Senes, and starring Maika Monroe (Labor Day, Independence Day: Resurgence, The Bling Ring), William Forsythe (The Rock, Boardwalk Empire) and Ethan Embry (Once Upon a Time, Eagle Eye) comes this gritty Western tale of how far one man will go to stand up for what is right.