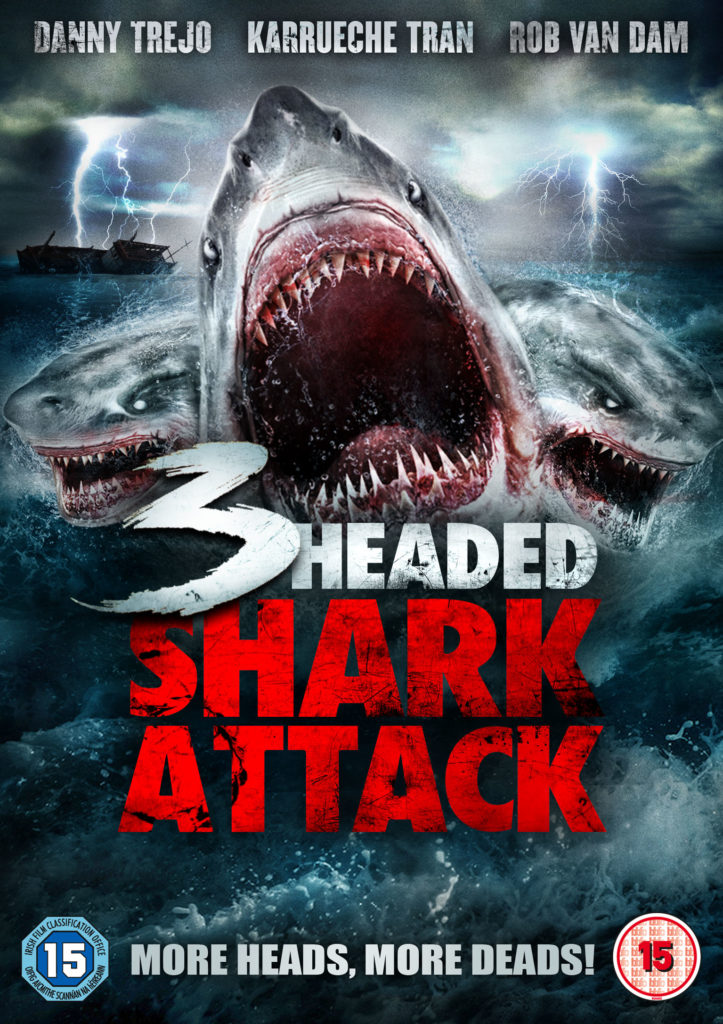 When a group of scientists embark on a mission to study an ocean garbage patch, a clutch of mutated sea species are discovered.

With the grotesque mutations displaying aggressive behaviour and advanced intelligence, the scientists are spooked and prepare to raise the alarm, but before they can, their lab is violently attacked by the mother of all predators – a giant, three-headed shark!

As the ferocious killing machine wreaks havoc, it starts eating its way from one end of a cruise ship to the other.  For the mercenaries chasing its tail, it quickly becomes apparent that three heads, means more deads!