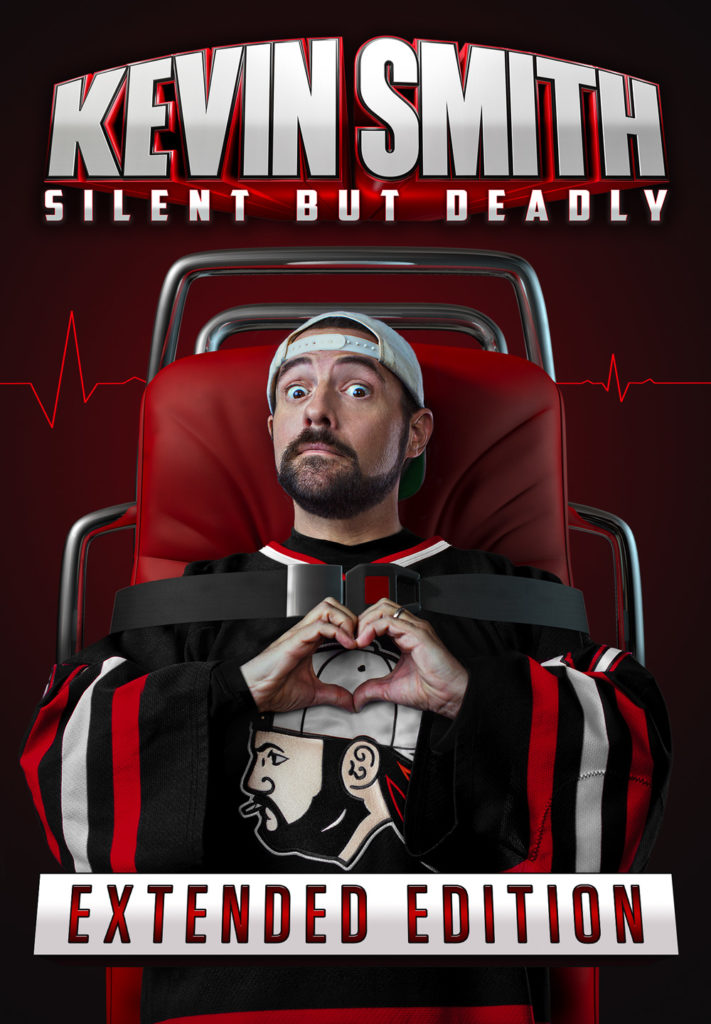 Silent But Deadly was recorded an hour before Smith’s heart attack in February. Before he nearly died backstage, onstage he discusses his marriage, his kid and his work, or lack thereof.

Kevin Smith (Clerks, Chasing Amy, Dogma), legendary stand-up and notorious straight talker, best known for playing the character Silent Bob, is anything but quiet in this new comedy special that was recorded an hour before he suffered a live threatening heart attack.

But before he nearly died backstage, he killed it on-stage, with a no-holds barred rant covering his marriage, his family, his friends and his work (or lack thereof).

Framed against the chilling reality of how life can end all too quick, Silent But Deadly is a warm reminder of Smith’s natural gifts as a storyteller, a stand-up and a true performer.