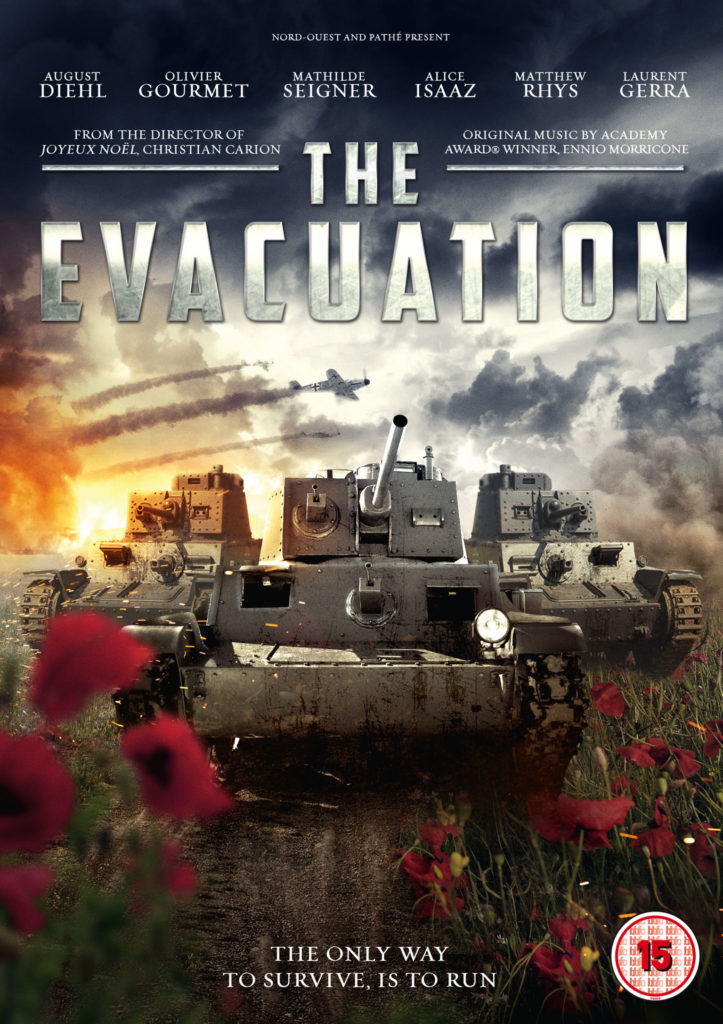 The Evacuation is a moving, uplifting and powerful story of the savagery of war and the French Exodus, where eight million people left their lives behind to flee the advancing Nazi war machine.

May 1940: the height of the ruthless Nazi advance on the Western Front. As the German occupation of France gathers pace, fear grips the nation and the terrified people of Pas-de-Calais, a small village in northern France, decide they have no option but to flee their homes.  Like so many millions of their compatriots, they have nowhere to go, but the alternative of occupation and German thrall is not an option. In advance of the imminent invasion, the paths of a group of disparate people, including the local mayor, a teacher, a young German boy and a Scottish Army Officer, converge, as they seek to outrun what appears to be, a chilling fate.

From acclaimed Director Christian Carion, with music from Oscar Winning Composer, Ennio Morricone, The Evacuation is a moving, uplifting and powerful story of the savagery of war, starring August Deihl (Inglourious Basterds, Salt, The Counterfeiters) and Matthew Rhys (The Post, Burnt, The Edge of Love).