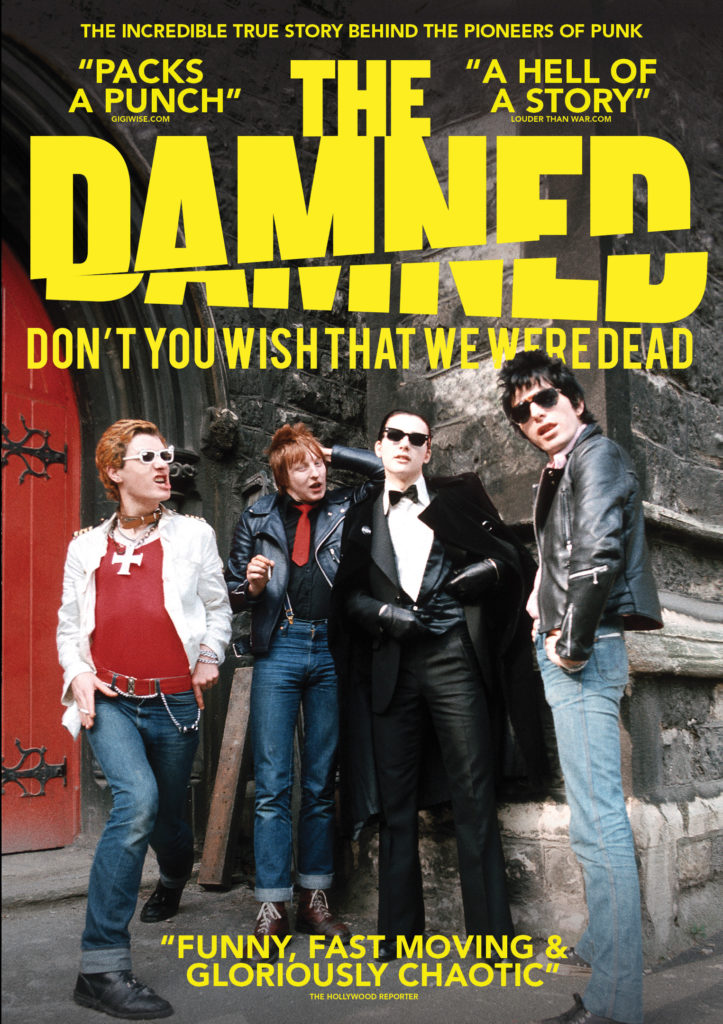 The Damned: Don’t You Wish That We Were Dead

The story of the long-ignored pioneers of punk, The Damned.

From “Lemmy” filmmaker Wes Orshoski comes the story of the long-ignored pioneers of punk, The Damned. Seminal punks, court jesters, goth trend setters, the original line-up led the London 70s punk rock scene, being the first to release a UK single and album, and the first to cross the Atlantic.

A complex, bitter and often hilarious tale of discord, the film charts the band’s colourful history and many interpersonal conflicts, from disagreements over unpaid royalties to estranged former members striking out on competing anniversary tours.

Including interviews with all original members of the band, with additional appearances by Chrissie Hynde, Mick Jones (The Clash), Lemmy and members of Pink Floyd, Black Flag, Depeche Mode, Sex Pistols, Blondie and The Buzzcocks.

Dangerous Minds: “Funny, intimate and at times heartbreakingly sad. An exhilarating account of what total commitment to the life of a rocker is all about.”