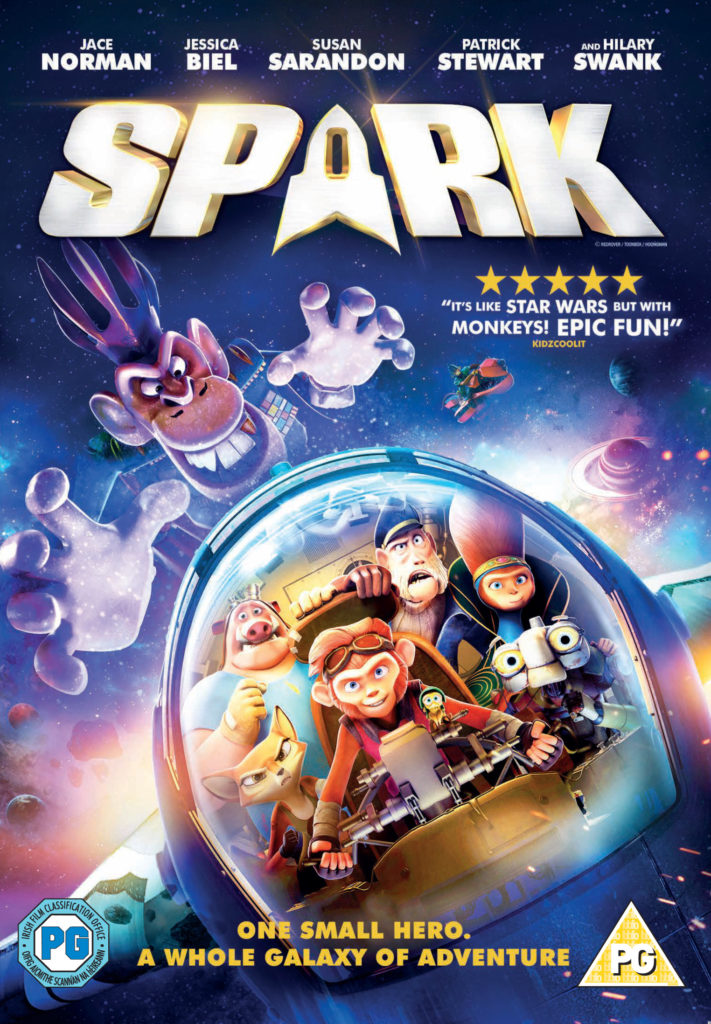 Spark must journey across the universe, in order to defeat the evil emperor Zhong and save the galaxy!

Spark: a wisecracking, teenage monkey, lives on an abandoned planet with his friends Chunk the pig, a fox called Vix, and lots of tiny bugs.

Thirteen years ago, power-hungry Zhong seized control of their planet Bana, wiping out Spark’s family and sending him into hiding. Now, Zhong plans to use the deadly space Kraken to destroy the entire universe, and only Spark and his ragtag gang can stop him.

Now, Spark must journey across the universe, in order to defeat the evil emperor Zhong and save the galaxy once and for all!

From the makers of Coraline and The Nut Job, and featuring the voices of Patrick Stewart (X-Men, Star Trek: The Next Generation) Jessica Biel (Family Guy, Planet 51) Academy Award Winners, Susan Sarandon (Cloud Atlas, Thelma & Louise) and Hilary Swank (P.S, I Love You, Million Dollar Baby), animals assemble in this intergalactic adventure that kids will go ape for!