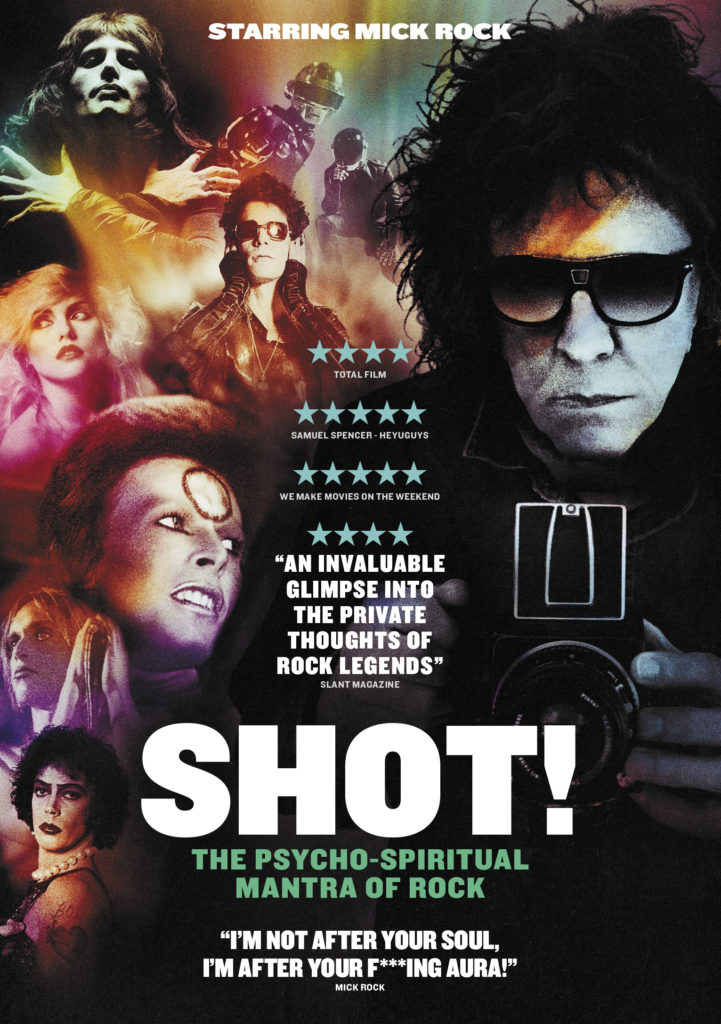 SHOT! The Psycho-Spiritual Mantra of Rock

A deep look into the mind of one of rock’s greatest living photographers: Mick Rock.

A deep look into the mind of one of rock’s greatest living photographers: Mick Rock. Rock’s work with some of the most accomplished personalities of the past forty years – David Bowie, Queen, Blondie, Lou Reed and Iggy Pop – created many of the images that would come to define them.

Presented in his own words, Rock takes us through his journey from the glam rock shimmer of London, through to the snarl of NYC punk and into the new millennium, combining a portrait of the man who did the work, with a look at what the work did to a man.

With a searing soundtrack featuring tracks by Lou Reed, Barrett, Bowie and The Sex Pistols, and featuring rare audio, film footage and stills from Rock’s collection, SHOT! is a dazzling, psychedelic account of a man destined to become one of the world’s greatest, and wildest, photographers.

INCLUDING EXCLUSIVE NEVER-SEEN OR HEARD BEFORE ARCHIVAL FOOTAGE, AUDIO RECORDINGS AND ORIGINAL MATERIAL