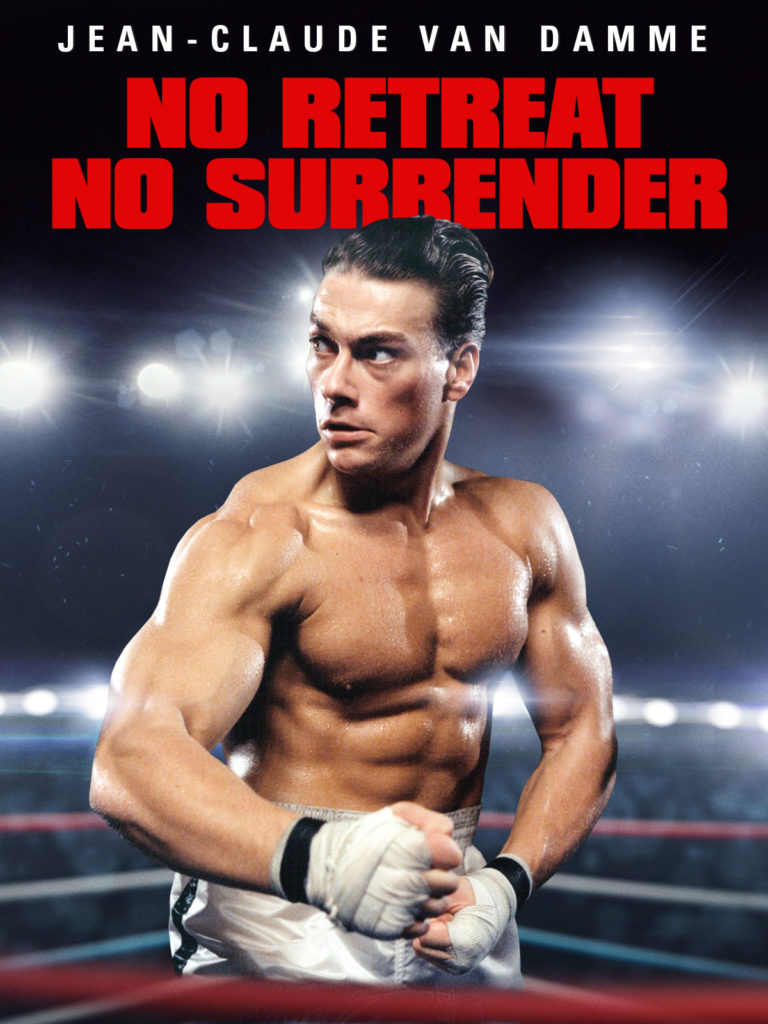 No Retreat, No Surrender

Karate student Jason Stillwell vows to take revenge on infamous gangster Ivan ‘The Russian’ Krachinsky (Van Damme) after his father is brutally beaten for refusing to surrender his dojo to the crime syndicate. Forced to relocate to Seattle, Jason continues to be harassed by thugs until he awakens the spirit of his hero, the legendary Bruce Lee. Under his tutelage, Jason seizes the chance to conquer both his fears and his enemies.