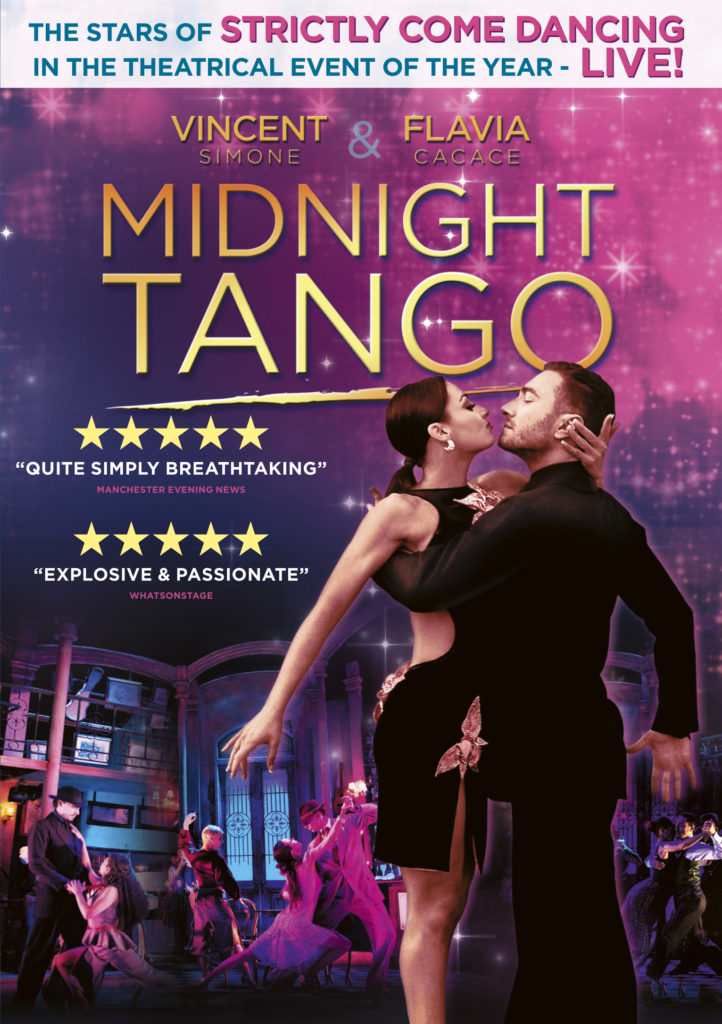 Midnight Tango is to be broadcast live from a packed theatre to cinemas screens nationwide in this one night only, stunning, alternative content event.

The stars of Strictly Come Dancing bring their smash-hit 2011 stage show to cinemas!

A one-night only LIVE theatrical event

Vincent Simone and Flavia Cacace have dazzled television audiences for six series of the BBC’s Strictly Come Dancing with their stunning Tango routines. Now they have created their own live show – Midnight Tango – a breathtaking evening bringing all the drama, sensuality and elegance of this most exciting of dance forms to life.

Midnight Tango is currently on tour and will have played 80 sold-out dates by the end of July, seen by some 180,000 people!  The huge success of the tour has also led to a confirmed 10-week West-End residency, to begin January 2012.   The show is produced by award-winning choreographer and former ‘Strictly’ judge, Arlene Phillips.

Set in a late night bar in downtown Buenos Aires and featuring some of the finest Tango dancers in the world, Midnight Tango, takes you on a journey into a heart of this intoxicating city. As danger and excitement, joy and jealousy, pain and passion all combine – this is a spectacular and explosive evening not to be missed!

Midnight Tango is to be broadcast live from a packed theatre to cinemas screens nationwide in this one night only, stunning, alternative content event.