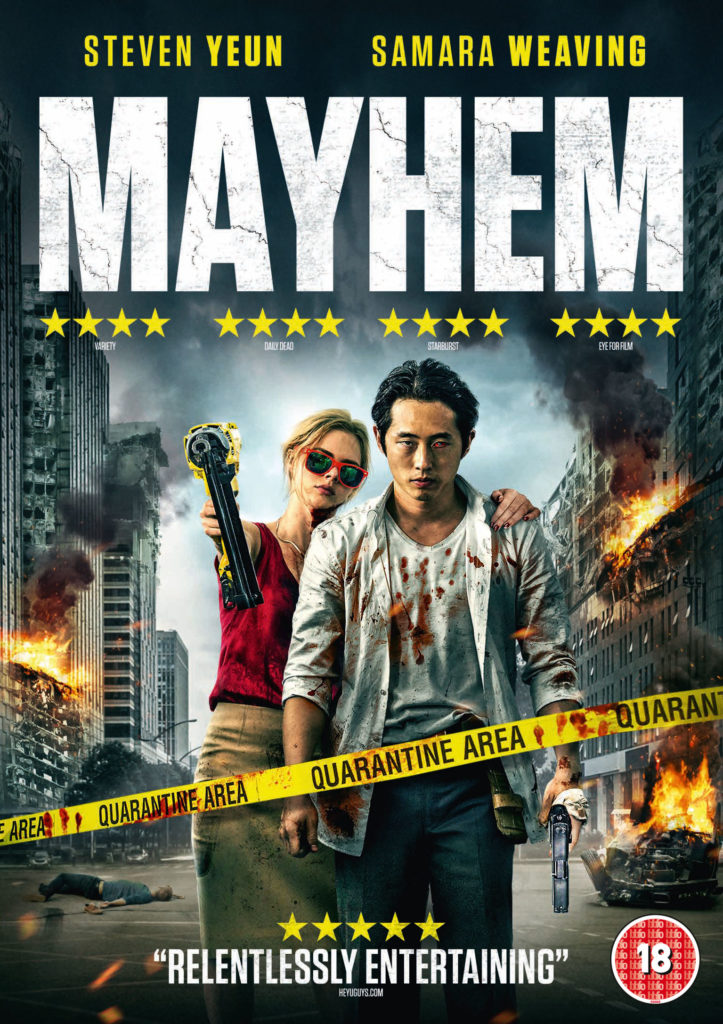 Derek Cho (Steven Yeun, The Walking Dead) is having a really bad day.

Derek Cho (Steven Yeun, The Walking Dead) is having a really bad day. Not only has he been unjustly fired from his job, his law firm’s building has just been put under quarantine for a highly dangerous virus, one that prevents the infected from controlling their inhibitions.

As chaos erupts through the office, and with eight hours on the clock until a vaccine takes effect, Derek sees an opportunity to hunt down the corrupt execs who’ve wronged him. Joining forces with an irate former client (Samara Weaving, Three Billboards Outside Ebbing, Missouri), the hell-bent pair prepare to fight, and even kill, their way to the top floor to settle the score once and for all.

Genre: Horror
PrevPrevious TitleMark Felt: The Man Who Brought Down The Whitehouse
Next TitleBreaking ThroughNext
Menu