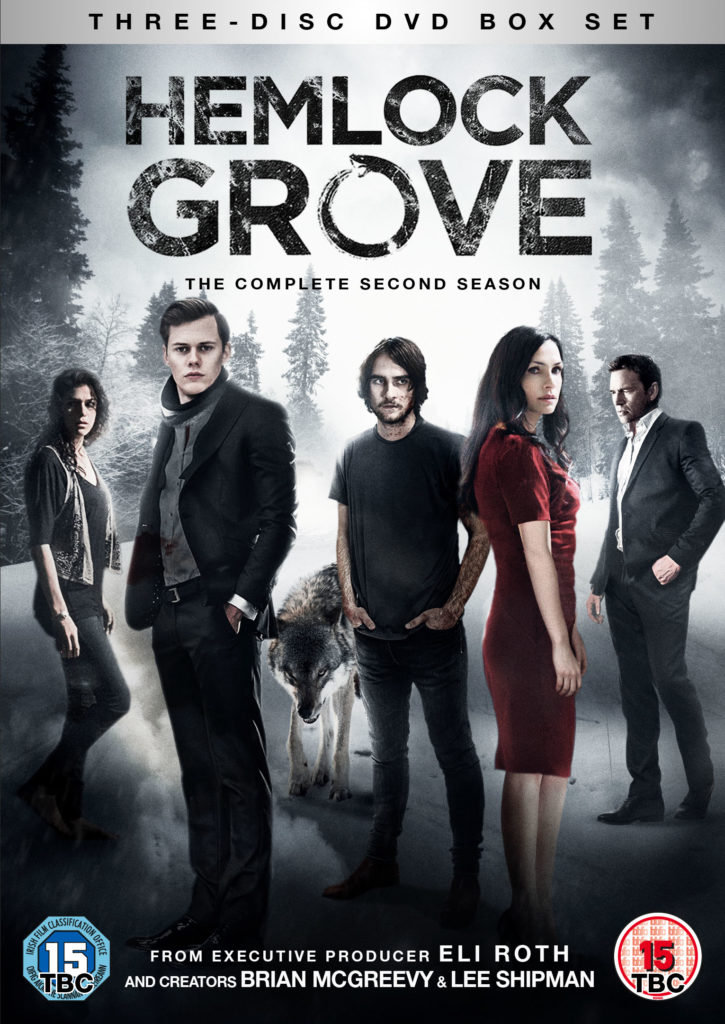 There are ancient pacts and dark forces at work, and the battleground is Hemlock Grove.

With a town in shock and mourning, the nightmare is far from over in Hemlock Grove. Having finished high school, the time arrives for Roman Godfrey (Bill Skarsgård) and Peter Rumancek (Landon Liboiron) to accept painful truths, shed old skins and face their destinies.

While mysterious work continues at the White Tower and Olivia Godfrey’s (Famke Janssen) movements become increasingly conspicuous, lust and love mix with loyalties and ambition in the Emmy-nominated Hemlock Grove. Just as new allegiances are formed and old rivalries reignited, a terrifying new threat arrives which is so powerful it will turn the residents from predators to prey.

There are ancient pacts and dark forces at work, and the battleground is Hemlock Grove.