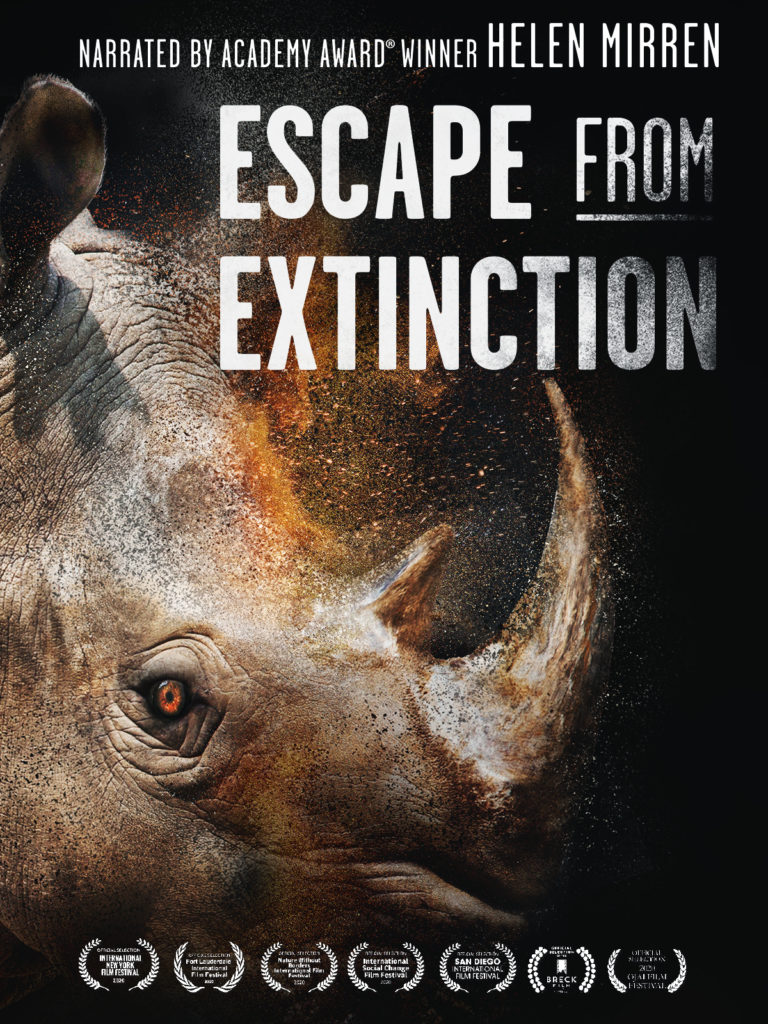 Narrated by Academy Award® winner, Dame Helen Mirren, this powerful and eye-opening documentary spotlights critical efforts that may be among the last, and best chances, to preserve one million species on the brink of disappearing forever.

A pioneering feature narrated by Academy Award® Winner, Dame Helen Mirren, Escape From Extinction explores the critical efforts of major zoological organisation’s to preserve millions of species on the verge of disappearing forever, through a unique mix of conservation, rescue breeding and environmental awareness.

Featuring rare footage of endangered animals and interviews with the world’s leading animal welfare and conservation specialists, this powerful and eye-opening feature explores the work of zoos and aquariums across the globe as they race to protect and preserve animals from all seven of Earth’s continents. With the very web of life on Earth being threatened in what scientists are calling a ‘Sixth Mass Extinction’, such organisations are nature’s last arks of hope in preserving the rich legacy of life on our world. Without this help – and the global engagement of the public – the biological treasures we hope to bequeath to our children and our grandchildren may disappear forever within a generation.

Hard-hitting, hopeful and a film that resonates with audiences of all ages, this film is critical to mobilizing the support Earth’s animals need – and need now.