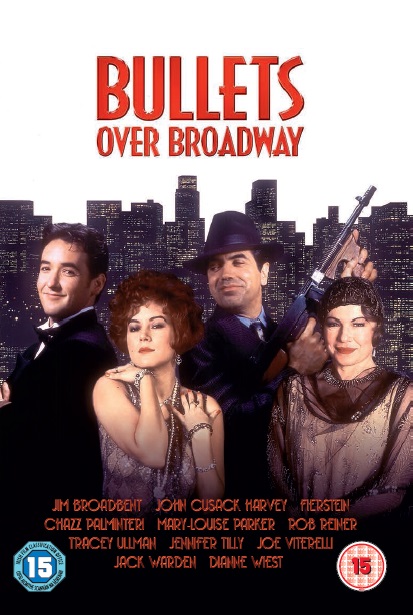 Set in 1920’s New York City, this movie tells the story of idealistic young playwright David Shayne. Producer Julian Marx finally finds funding for the project from gangster Nick Valenti. The catch is that Nick’s girl friend Olive Neal gets the part of a psychiatrist, and Olive is a bimbo who could never pass for a psychiatrist as well as being a dreadful actress. Agreeing to this first compromise is the first step to Broadway’s complete seduction of David, who neglects longtime girl friend Ellen. Meanwhile David puts up with Warner Purcell, the leading man who is a compulsive eater, Helen Sinclair, the grand dame who wants her part jazzed up, and Cheech, Olive’s interfering hitman / bodyguard. Eventually, the playwright must decide whether art or life is more important.