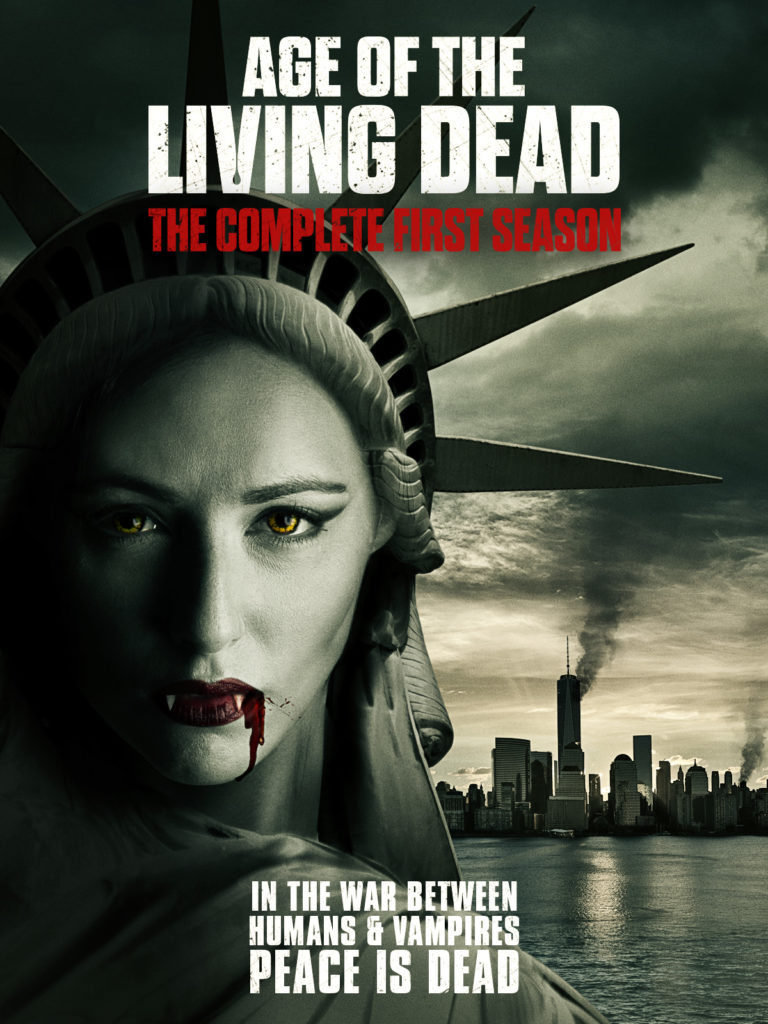 Age of the Living Dead

Season 1 of the hit Amazon TV series released for the first time on DVD.

In an America quarantined by the rest of the world behind huge border walls, humans and vampires co-exist on opposite coasts thanks to a peace treaty, while each side plots to destroy the other. When a young woman appears at a base in the No Man’s Land area between the two factions, both sides realise they may have the secret weapon needed to kill the other once and for all.
Season 1 of the hit Amazon TV series released for the first time on DVD, featuring Estella Warren (Planet of the Apes), Brenda Schmid (The Sisterhood), Roy Allen III (I Spit on Your Grave: Déjà Vu, Insidious: Chapter 3) and Massimo Dobrovic (Navy Seals vs. Zombies, Gnome Alone).