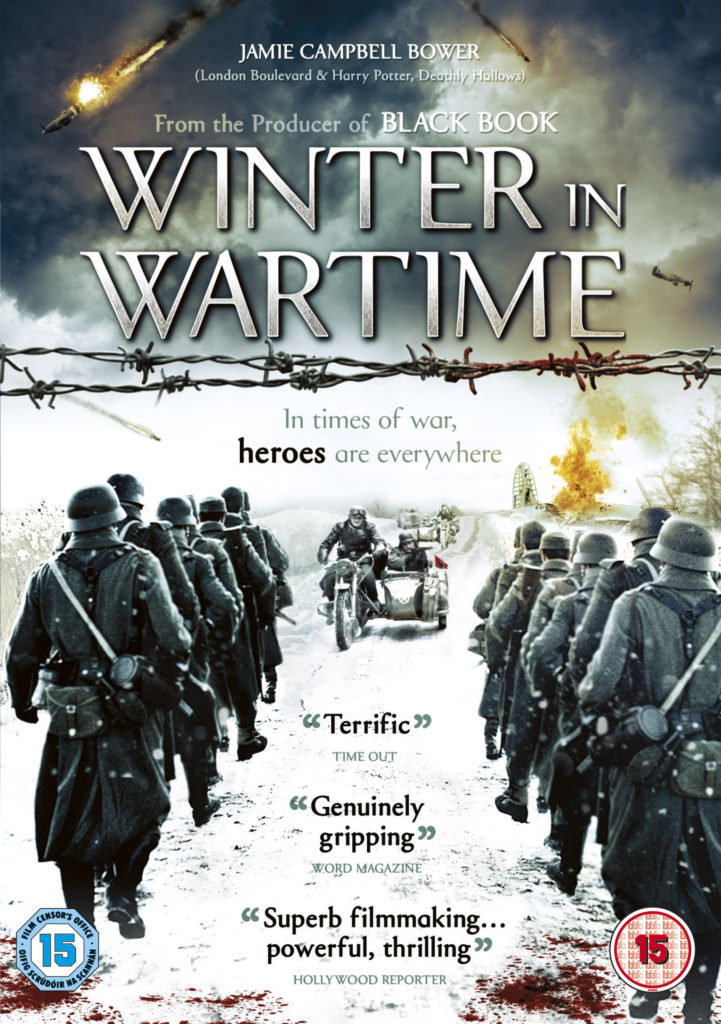 In the darkest days of the coldest winter, a hero will be made.

January 1945.  Nazi occupied Holland lies under a blanket of snow.

A young man, Michiel, defiant in his hatred for the Nazis, inadvertently receives a map detailing the hiding place of a crashed RAF pilot and sets off to prove his worth.

He finds the pilot, Jack, badly injured, but the situation becomes more desperate when a dead Nazi trooper is found and the hunt for the killer commences.  Unaware of the terrible consequences that await his family, Michiel decides to help Jack escape, undertaking a perilous journey that could cost him everything he has ever known.

From the Producer of the multi-award winning ‘Black Book’, and co-starring Jamie Campbell Bower (Harry Potter: Deathly Hallows & Twilight New Moon), Winter in Wartime is a breathtaking cinematic masterpiece that shows the true human cost of a terrible conflict.

In the darkest days of the coldest winter, a hero will be made.