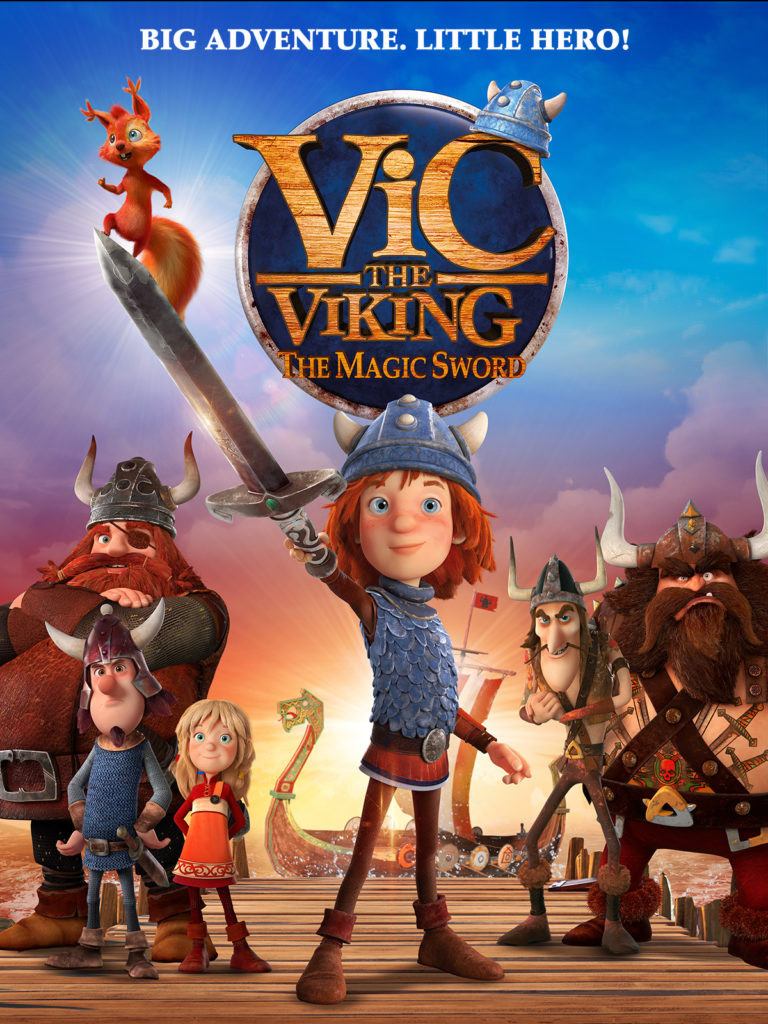 Vic the Viking: The Magic Sword

Based on the ever-popular European children’s book and TV series, Vic the little Viking stars in his first feature length film!

Based on the ever-popular European children’s book and TV series, and produced by one of Europe’s leading animation production companies, Studio 100 (Maya the Bee, Heidi), Vic the little Viking stars in his first feature length film!

Young Viking, Vic, dreams of the day when he’ll be allowed to join his father, Halvar, on his ocean adventures along the Nordic coast. A smart boy who believes in using your brain before wielding your axe, Vic has trouble convincing his dad and the rest of the village that he’s cut out for a rough life at sea… however everything changes when Halvar steals a magical sword from his arch nemesis, fearsome pirate Sven the Terrible.

Setting in motion a disastrous chain of events, Vic is propelled into an adventure far bigger and colourful than anything he ever wished for. For once the sword’s magic is unleashed, it proves uncontrollable, causing uproar and mayhem when Vic’s mother Ylva is turned into a solid golden statue! Determined to save her, even if it means disobeying his father’s orders and going against established Viking traditions, Vic joins Hvar and his crew on a perilous journey to a fabled island up North where they hope to undo the sword’s magic spell, followed all the while by an enraged Sven the Terrible who will stop at nothing to retrieve his prized sword.

It’s only when they finally reach the island that Vic realises Sven may not actually be their biggest problem. Lurking in the shadows, the true enemy has stayed hidden until it’s almost too late… and the fate of the whole world now balances precariously in Vic’s hands.