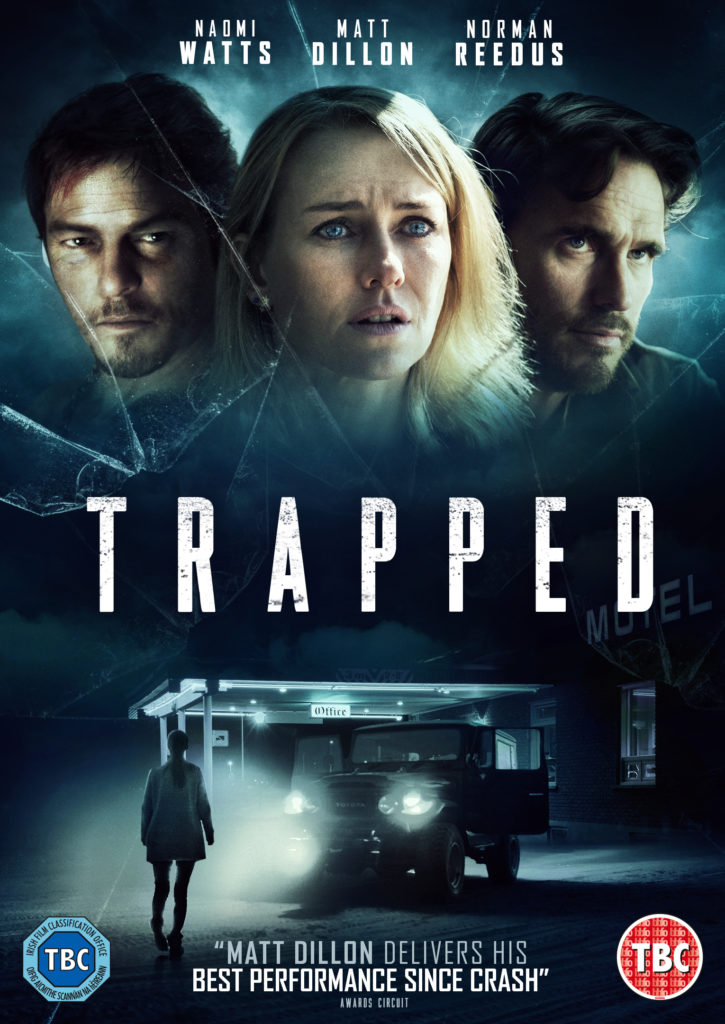 Trapped is a suspenseful and engaging story about jealousy, addiction, and crushed ambitions.

Academy Award® nominees Naomi Watts (King Kong, Mulholland Drive) and Matt Dillon (There’s Something About Mary, Crash) star in this thrilling and intense story about a young couple at odds with the American Dream. Melissa Winters (Watts) works as a cashier at the bleak local convenience store and lives in a seedy motel with her boyfriend Richie (Dillon).

Just when they thought their lives were turning to a new and better direction, crisis hits: Melissa’s ex-boyfriend Justin (Norman Reedus, The Walking Dead) has been stalking her relentlessly and is dangerously obsessed with her, which forces her to face tough choices about the future. Written and directed by Laurie Collyer (Sherrybaby), and produced by Charlie Corwin (The Squid & The Whale), Trapped is a suspenseful and engaging story about jealousy, addiction, and crushed ambitions.