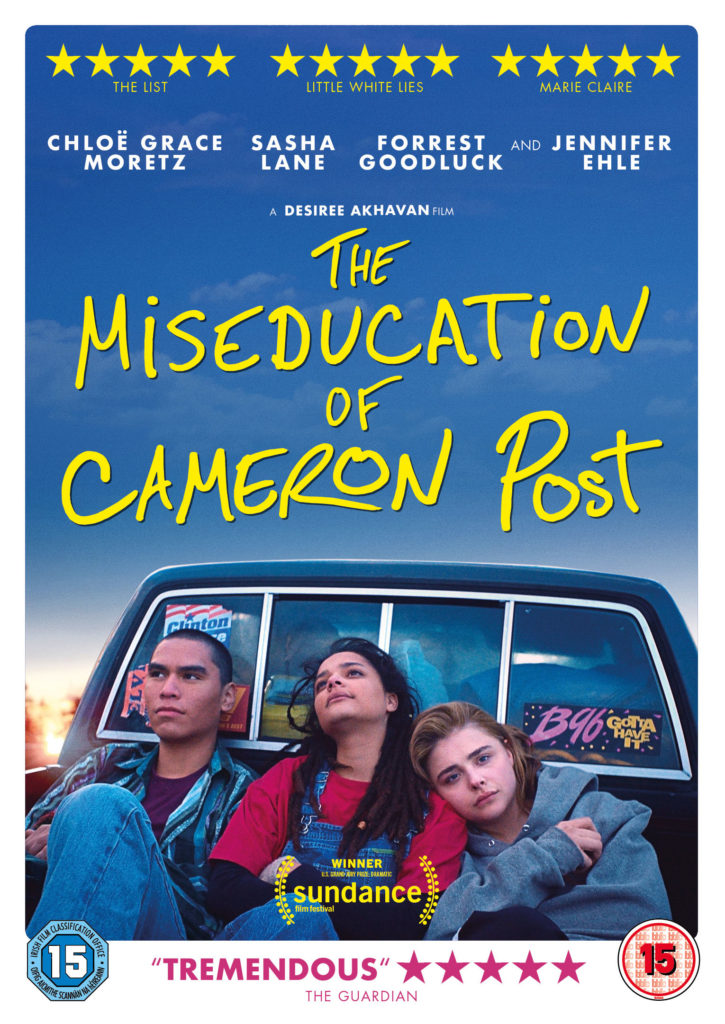 In 1993, a teenage girl is forced into a gay conversion therapy center by her conservative guardians.

Cameron Post (Chloë Grace Moretz) looks the part of a perfect high school girl. But after she’s caught with another girl in the back seat of a car on prom night, Cameron is quickly shipped off to a conversion therapy center that treats teens “struggling with same-sex attraction.” At the facility, Cameron is subjected to outlandish discipline, dubious “de-gaying” methods, and earnest Christian rock songs—but this unusual setting also provides her with an unlikely gay community. For the first time, Cameron connects with peers, and she’s able to find her place among fellow outcasts.

★★★★ “Smart, amusing and engaging” THE GUARDIAN

★★★★ “A powerful and sensitive film” HEYUGUYS

★★★★ “Gay, sexy and messy in all the best possible ways”  EVENING STANDARD