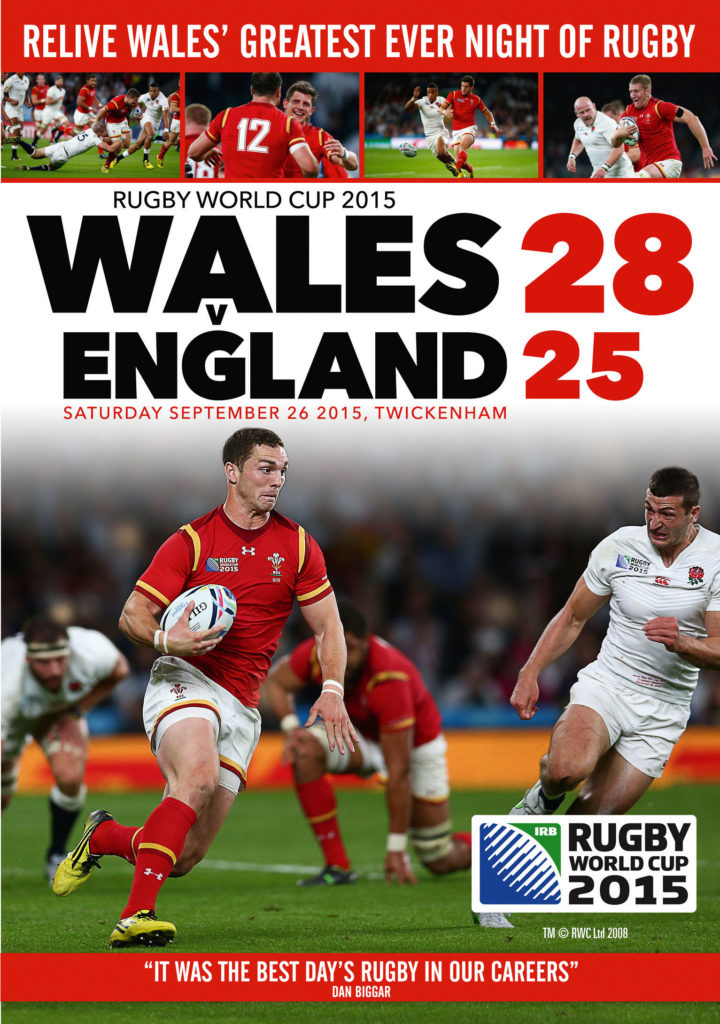 Relive this astonishing group match from Rugby World Cup 2015 that saw a mighty Wales side overcome old enemies and tournament hosts, England, on their hallowed home turf at Twickenham. Featuring the full game in its entirety, this official commemorative Rugby World Cup 2015 DVD contains every magic moment: from Dan Biggar s 49 metre match-winning penalty; to Gareth Davies decisive try. It was a truly remarkable victory for this gutsy and heroic Welsh side. Already ripped apart by injury before the whistle, a further three injuries meant Wales ended the game with a scrum half at full-back and a fly-half for a wing, but even then, they still managed to overcome a ten-point deficit to record one of the most thrilling and momentous World Cup victories of all time. Battered and bruised perhaps, but Wales were never to be beaten. Sit back and enjoy once more one of the greatest nights in Wales glorious rugby history!