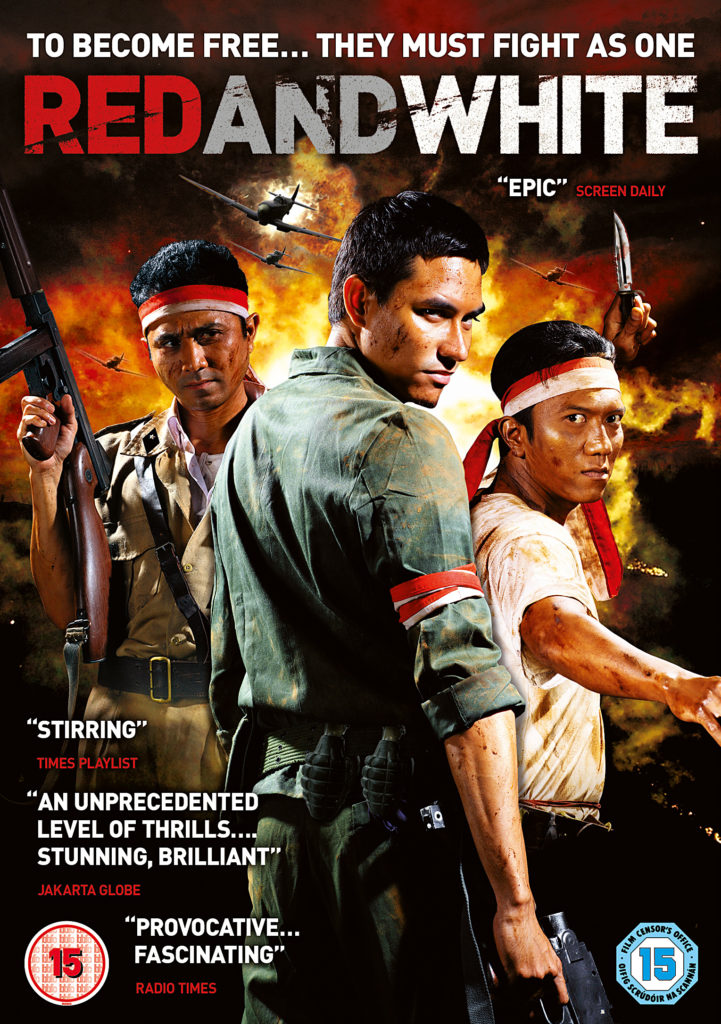 This stirring tale of heroism, survival and brotherhood.

From the production teams behind Saving Private Ryan, Blackhawk Down, Batman Dark Knight, The Matrix and The Thin Red Line comes this stirring tale of heroism, survival and brotherhood.

In 1947, the war was over for the rest of the world. In Indonesia it was just beginning.

Set against the historically authentic backdrop of Indonesia’s fight for Independence, Red and White is the story of a fictional band of revolutionary cadets facing a massive Dutch onslaught.  When their classmates are massacred, the four survivors overcome deep differences in religion, class and personality to band together as guerrilla fighters.

Defeated, leaderless and on the run, the cadets rise above petty rivalries to strike a blow for the Red and White (the Indonesian flag).  To become free, they become one.