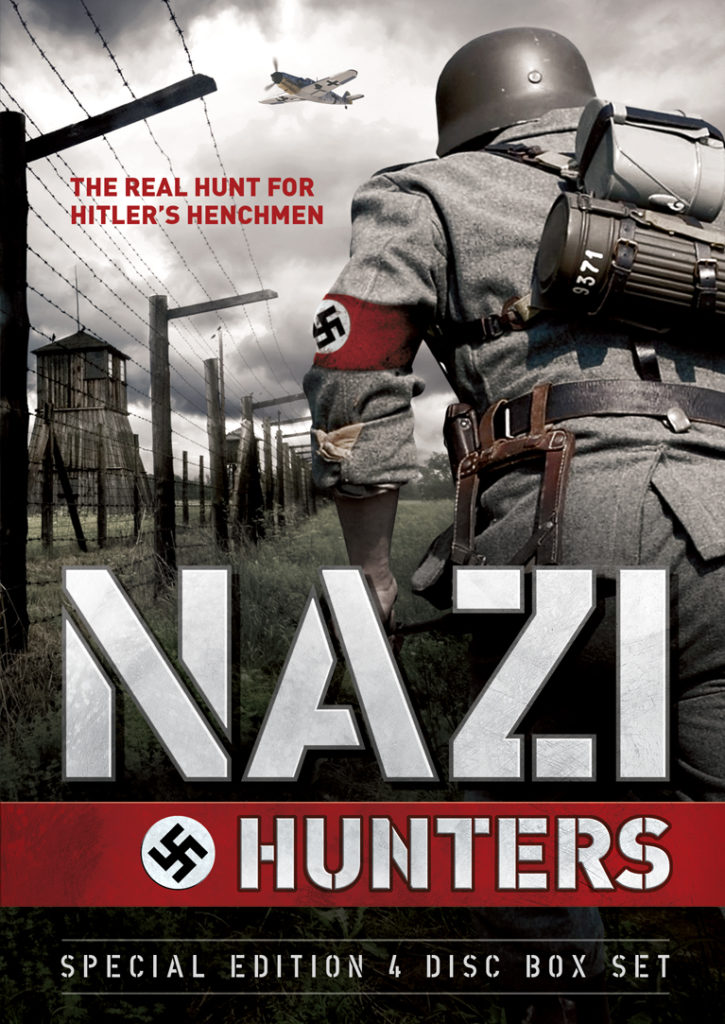 As seen on TV, Nazi Hunters tells the incredible stories of the men who chased some of the most hated and reviled people on earth.  Sometimes they did it for the highest of motives and sometimes in ways that would horrify even their own supporters.

There were many prepared to hunt the perpetrators of WW2 atrocities until justice was done – from Churchill to the SAS and from the Strategists who planned the D-Day landings to Mossad.  These stories of pursuit and the struggle to balance the scales of justice are some of the great vengeance stories of the last hundred years.

Featuring 13 x 1 hour episodes, Nazi Hunters covers amazing real-life exploits from a secret plot to poison six million Germans through to how the most famous Nazi Hunter of all took the credit for a capture that he had nothing to with.  It’s a trip into a disturbing, secret world, where morality is sometimes lost and motives are complex.  These are heroes, villains, liars and plotters – and that’s not counting the Nazis.