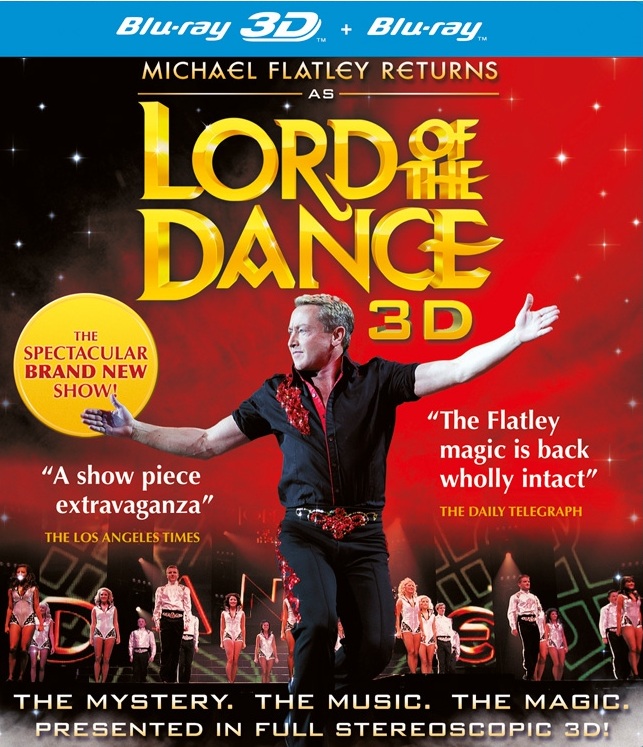 Lord of the Dance 3D

The international smash-hit, Lord of the Dance, is back with an electrifying new show.  Shot LIVE in Dublin and London during the sold out 2011 European Tour, experience the magic, excitement and passion like never before in incredible stereoscopic 3D with a cutting edge Dolby 7.1 soundtrack.

Starring show creator and Irish dance pioneer Michael Flatley (returning to Lord of The Dance for the first time in 13 years); the breathtaking performance comprises a spectacular new set design, state-of-the-art lighting, special effects and costumes that will captivate audiences both young and old.

Featuring unprecedented access to Flatley’s performance and exclusive behind the scenes footage, you’ll never be closer to the action than this!  Don’t miss out on the performance film event of the year!