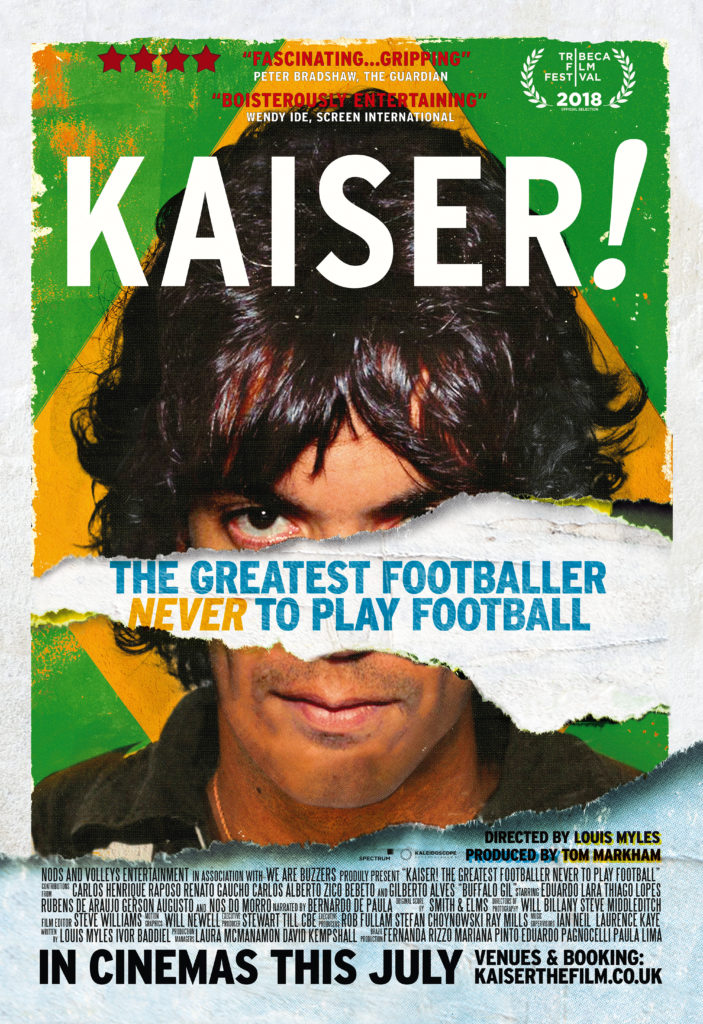 Carlos “Kaiser” Henrique Raposo was a professional footballer. But he never actually played a game. By convincing others of his abilities (with help from journalist friends) he moved from club to club, avoiding football but partying hard.

In the 1980s and 1990s, Brazil were the most glamorous football team in the world. Players like Zico, Socrates, Romario and Ronaldo turned a team game into performance art. But Brazil also had the greatest footballer never to have played the game.

Carlos Henrique Raposo, known to all as Kaiser, grew up in Rio de Janeiro with one dream: to escape poverty by becoming a professional footballer. He lacked the talent to do so by conventional means, so he constructed an elaborate alternate reality that enabled him to join some of the most iconic clubs in the world. It was sporting fraud on an unprecedented scale.
Kaiser was immune to embarrassment and afraid of nobody. He duped superstar players, managers and even the most dangerous gangsters in Brazil to achieve his goal of being a footballer – and to enjoy all the trappings of high society that went with it.

His scams and lies brought him so much notoriety that he was known as the King of Rio.

It is only now, in this film, that the truth can begin to be told.