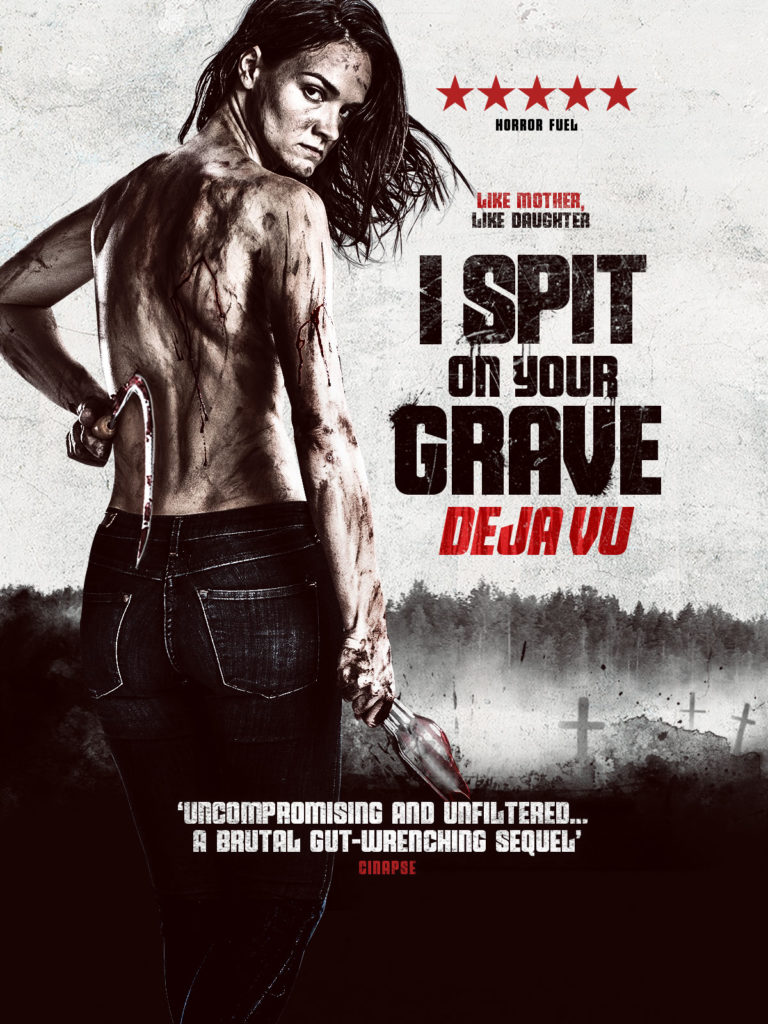 I Spit On Your Grave: Deja Vu

Revenge is about to come full circle in I Spit On Your Grave: Deja Vu, the final chapter in cinemas most shocking cult franchise.

Finally, after 1978’s I Spit On Your Grave shocked the world with its story of a beautiful career woman assaulted and left for dead, and her notorious revenge on those responsible, cinema’s most lethal lady vengeance returns in the most anticipated sequel of all time. Reuniting star Camille Keaton and original director Meir Zarchi, I Spit On Your Grave: Deja Vu sends now successful writer Jennifer Hills hurtling back to where it all began – to face the wrath of the families of those she murdered. Kidnapped along with her daughter Christy, it’s a tense game of hunt – or be hunted – against a ruthless gang of degenerates and their violently unhinged matriarch, Becky.

Hailed as a feminist-revenge masterpiece by some, misunderstood as crude exploitation by others, revenge is about to come full circle in Deja Vu, the final chapter in cinemas most shocking cult franchise.