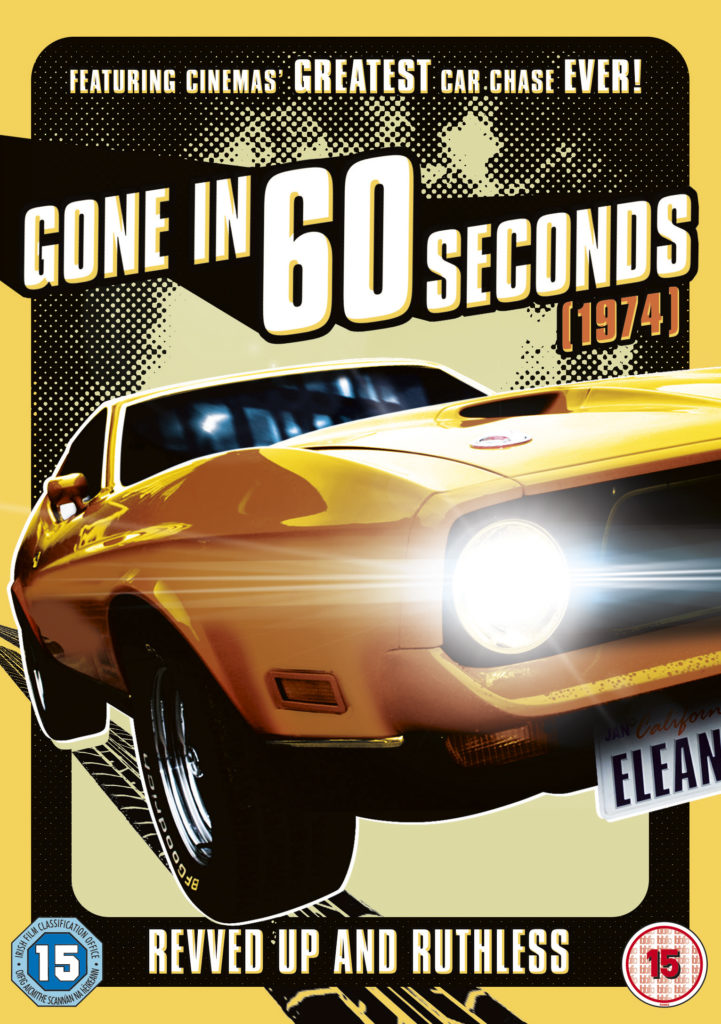 The original GONE IN 60 SECONDS is the inspiration behind the 2000 Nicholas Cage and Angelina Jolie smash-hit, here for the first time in the UK on Blu-Ray!

The godfather of all great car chase movies, GONE IN 60 SECONDS  follows top car thief Pace (played by director H.B. Halicki) and his crew as they find themselves entangled in a drug smuggling plot. Caught in the underworld of stealing and selling on sought after vehicles, Pace must lead his guys to freedom as they are chased ruthlessly by the police.

This fast and furious high-speed hunt heats up resulting in the finale of cinemas’ greatest and longest, ever car chase with the immense destruction of an incredible 93 vehicles over 40 blistering minutes.