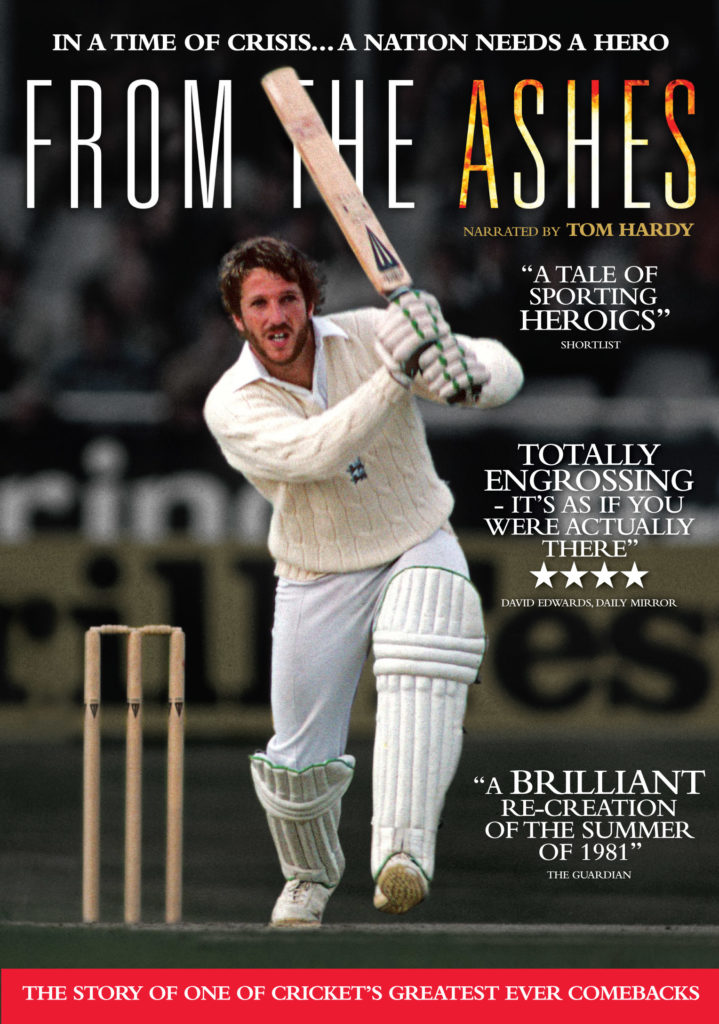 From The Ashes is the remarkable tale of a summer that changed England forever.

From The Ashes is the remarkable tale of a summer that changed England forever.  July 1981, rioting and discontent rule the streets of Britain. Meanwhile, on the playing fields, England are 1-0 down after two tests against the old enemy, Australia; and Ian Botham, their iconic all-rounder, has resigned as English captain.

With English cricket on the brink, bookmakers offer odds of 500-1 against an English win in the 3rd Test.   Yet, a reinvigorated Ian Botham refuses to lie down and rediscovers his cavalier flair in a series of match-winning performances that see the Ashes retained.

Narrated by Tom Hardy (Bronson, Inception) and packed with match action and contemporary interviews with the chief protagonists – including Botham, Gower, Brearley, Willis, Marsh, Hughes and more – From The Ashes tells the evocative story of one of sports’ greatest ever comebacks