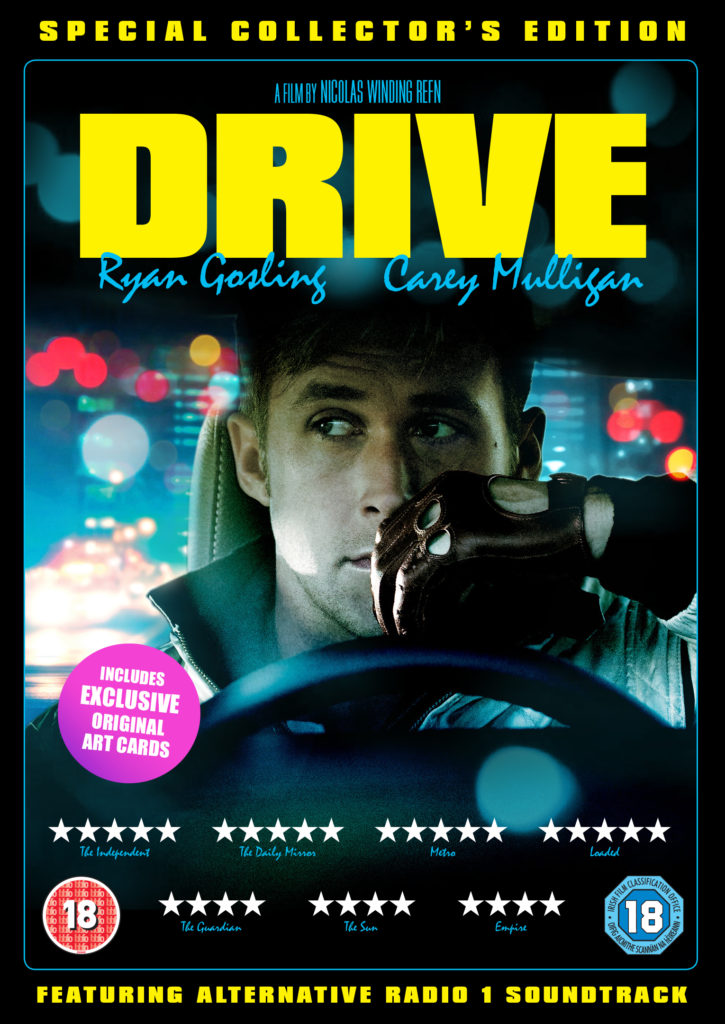 With a special edition featuring – for the first time on DVD & Blu-Ray – both the original, and the alternative Radio 1 soundtrack curated by Zane Lowe, plus exclusive post cards featuring original artwork.

DRIVE is the story of a Hollywood stunt driver by day (Ryan Gosling), a loner by nature, who moonlights as a top-notch getaway driver-for-hire in the criminal underworld. He finds himself a target for some of LA’s most dangerous men after agreeing to aid the husband of his beautiful neighbour, Irene (Carey Mulligan). When the job goes dangerously awry, the only way he can keep Irene and her son alive is to do what he does best—Drive!

“A BLOOD-PUMPING THRILL RIDE” The Times

★★★★★ “THE MOST STYLISH FILM IN YEARS” The Independent