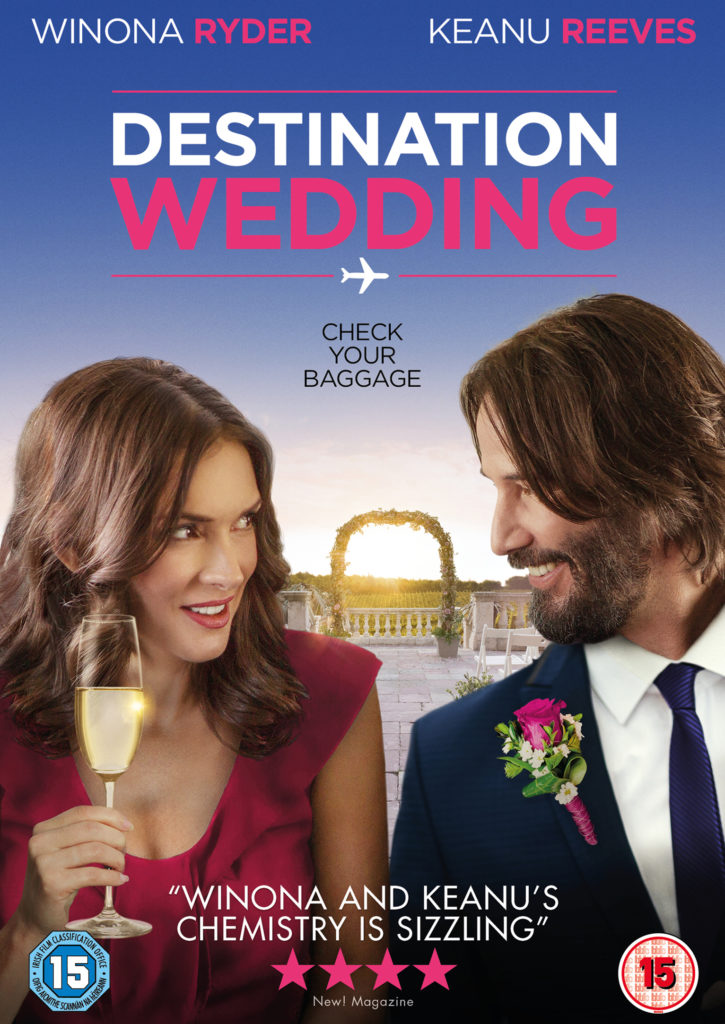 Destination Wedding is an unconventional and wildly inventive look at two misfits determined not to get suckered by love.

Frank (Keanu Reeves) and Lindsay (Winona Ryder) meet on the way to a romantic vineyard wedding in Central California’s sumptuous wine country and instantly dislike one another. Things only get worse when they realize that the groom, Frank’s detested half-brother, is also Lindsay’s former fiancé. After agreeing to ignore each other, they are dismayed to learn they have been paired off for the weekend, with adjoining rooms in an intimate bed and breakfast and side-by-side seats at each of the weekend’s numerous activities.

Forced to tolerate each other for three days of wine tasting, complimentary foot rubs, and pointless games, Lindsay and Frank discover that in addition to their need to always get in the last word, they share the same cynical sense of humor. As their constant squabbling evolves into an unexpected alliance, they spend their time trashing the rest of the wedding party, critiquing the bride and groom, and heckling old movies on television. A brush with danger brings them unexpectedly close, but it remains to be seen if they can — or even want to — continue their cockeyed romance in the real world. Bristling with sharp humor and rapid-fire banter, Destination Wedding is an unconventional and wildly inventive look at two misfits determined not to get suckered by love.

“Features a truly biting sense of humour” THE PLAYLIST