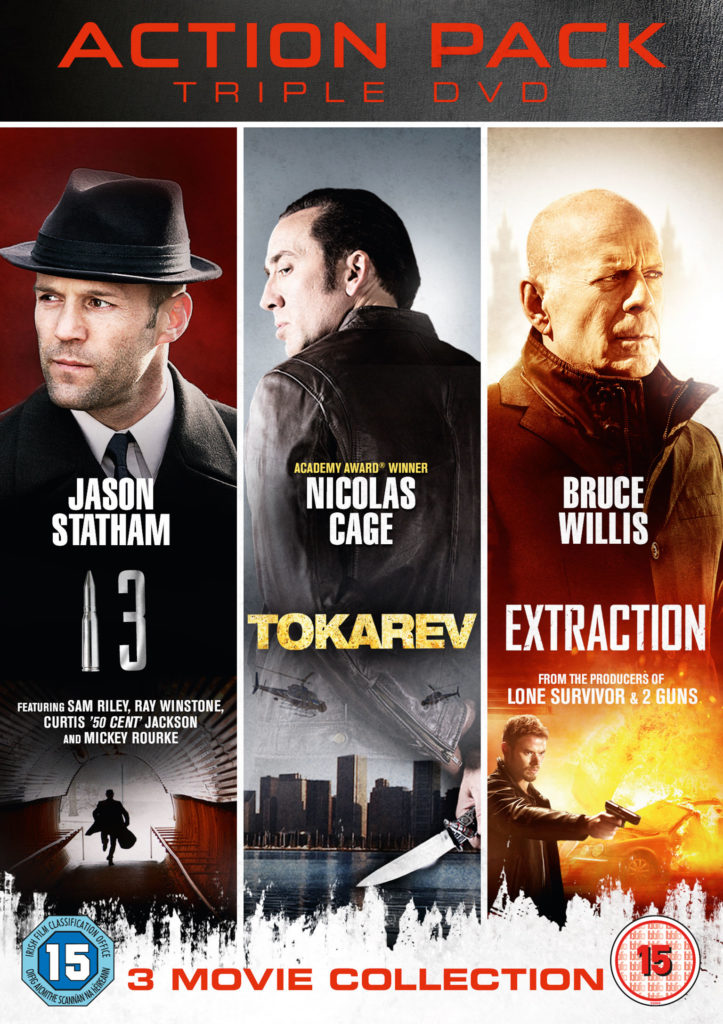 13 Synopsis: Sam Riley (Control), Ray Winstone (Indiana Jones & The Kingdom of the Crystal Skull), Curtis 50 Cent Jackson, Acadmey Award® nominee Mickey Rourke, and Jason Statham star in this intense thriller about the underground sport of Russian roulette. It is fiercely organized and ferociously secret. It attracts depraved gamblers and desperate men. And tonight, one naïve young player will mistakenly become a numbered participant in a deadly world of power, violence and chance where the ultimate bets are decided by a squeeze of the trigger. The stakes are high, but the payout is more than he can resist.

Tokarev Synopsis: Nicolas Cage stars in this action-packed thriller as Paul Maguire, a reformed criminal living a simple life as a family man and husband. But Paul is about to discover you can never truly outlive your sins. His new life falls apart when his daughter is kidnapped in an apparent act of revenge for the crimes of his youth. Bringing together his old crew, Paul wages war on the Russian mafia and will stop at nothing to deal out his own personal brand of justice.

Extraction Synopsis: When a ruthless terrorist group kidnaps retired spy, Leonard Turner (Bruce Willis Die Hard, Sin City, Armageddon), and threatens to unleash a global catastrophe if its demands are not met, the CIA sends one of its best agents, Victoria (Gina Carano Haywire, Fast & Furious 6), to hunt them down, rescue Turner, and save the free world. But also on the case is Leonard s son, Harry (Kellan Lutz The Twilight Saga, The Expendables 3). Inevitably Victoria s and Harry s paths cross, and they must set aside a troubled history in order to meet their common goal. Together they must evade highly skilled operatives, deadly assassins, and international fugitives to bring Leonard home and save the world from an uncertain fate. A high-octane, intense and kinetic action adventure, Extraction proves that whatever the odds, no mission is impossible…

“Action all the way a bullet-riddled blast!” 13 -The Dark Side